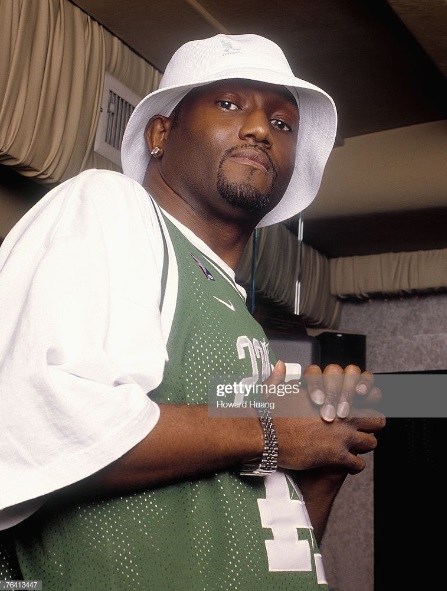 Magoo sat down with YouKnowIGotSoul to talk about his early days with Pharrell Williams and Timbaland, reflecting on Da Bassment and leaving his music career behind.

YouKnowIGotSoul: You started out in a group called “S.B.I. (Surrounded By Idiots)” with Timbaland, Pharrell and Larry Live. Talk about those early days in Virginia.
Magoo: Larry was the first person I met. He was from Virginia Beach initially and he ended up moving to where I went to high school in Chesapeake. Me and him hung for awhile and three months into me knowing him as a friend and having two classes together, he told me about a guy he knew from Virginia Beach who was this fantastic DJ. This was before I knew Tim as a producer. I was like “It’s impossible for somebody to be that good!”. One day he drove us over to Tim’s house and Tim was better than what Larry had told me. Tim could have been Kid Capri, Funkmaster Flex or Jazzy Jeff. He was that good. Now was he better than Jazzy Jeff? I wouldn’t say that, but he was elite. People would use his name to say he was a DJ at a party he was not at. This was before the music. You can see going back to when I first met Tim, he was already the dude. Larry was cool in his own way too. They had flavor and they were thorough dudes. Then Tim let me hear his beats that he was making and I was like “He makes beats too? What else does he do?!”. At that point, I had never met anybody in person that was serious about the art and that was that talented at the art. Tim was a grown person when it came to his responsibility with DJ and music. He was selling mixtapes back then. We’re not talking about New York City, Atlanta or Miami here. We’re talking about Virginia. It was not a Hip Hop area. He was miles ahead of everybody though. I heard people DJ and rap before him, but it was like he was from New York with his level of ability. It was ridiculous when he was 16. He was also a beatbox champion too!

YouKnowIGotSoul: How were you guys introduced to Pharrell after?
Magoo: Early on when Larry and I worked with Tim, our friend Glenn was also part of the group. One day Tim was like “I know this dude named Pharrell. He’s on another level, but he’s in another group”. Pharrell never wanted to leave Chad and Shay of The Neptunes, but he was intrigued by what we were doing. He wanted to be involved in it but not necessarily leave his group. Tim told us about him and we went over there the next day. It’s funny looking back, but Pharrell was miles ahead of everyone. The Pharrell the public sees now, that’s what he was then. This isn’t an act. I wouldn’t consider him a nerd, but I can see why they called themselves N.E.R.D. They were different. Chad, Pharrell and Shay were all cool dudes, but they weren’t trying to beat people up. Street cats loved them though. Pharrell’s musical ability was out of space and he was in his own world. The first time I heard him do a rap, I was like “This dude already sounded like he was ready for the mainstream”. He must have just been born with it. It was like Tim, I never heard anybody that had that kind of understanding of what it was like to write a song.

YouKnowIGotSoul: What did you take away from being around with Pharrell?
Magoo: What I got from Pharrell was to not be afraid to just do it. I had comparisons with Q-Tip because of my voice, but people don’t get that this is just how I sound. I’ve always sounded like this even before I started rapping. I was in a singing group and I was singing Ralph Tresvant. I was winning talent shows singing before I was rapping. I’m not joking either! I didn’t come in second or third, I was winning talent shows singing New Edition songs. I hate the Q-Tip comparisons because I’m a big Tribe Called Quest fan, but there was nothing I could do about my voice.

YouKnowIGotSoul: Did you know The Neptunes would be so successful in the future?
Magoo: When I heard what Pharrell was doing with Chad and Shay, I was like “These dudes are just different”. I always had the upmost respect for them because I saw them being themselves. They were unapologetically being themselves. It wasn’t an image. I was like “That is what a great group does”. Sometimes it’s not good enough, but when it is then it becomes N.E.R.D. They set the bar really high and I learned that from hearing what Pharrell and Chad did. It made me realize “Just say what you feel and don’t be afraid to try new things”.