Pitbull brought all the high-energy Latin flavor to the 2016 Grammy Awards stage. Mr. Worldwide — who won his first Grammy ever for his Spanish-language album Dale in a tie with Natalia Lafourcade — made Latinos everywhere proud with his sexy show-closing performance, featuring his hit “El Taxi” and brand-new single with Travis Barker, Joe Perry, and Robin Thicke, “Bad Man“, make sure to cop it on iTunes. 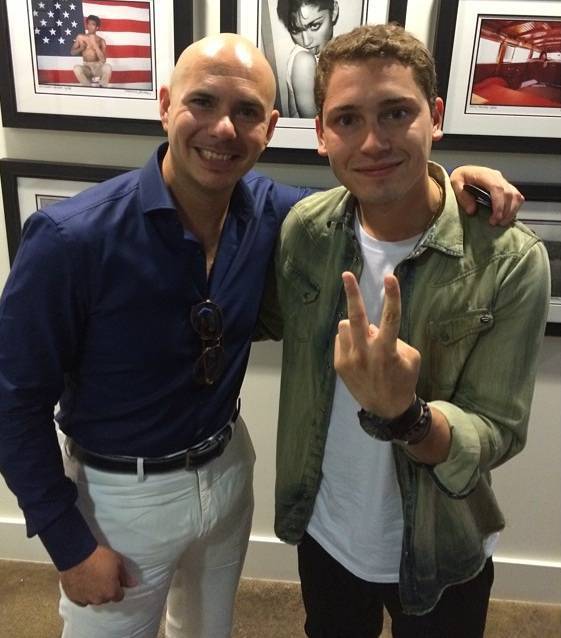 Jennifer Lopez’s seventh studio album ‘Love?’ just leaked and surprise surprise, The Neptunes track that wasn’t supposed to be on her album will be on it, I guess that was her only single that really charted. ‘Fresh Out The Oven feat. Pharrell & Pitbull (#1 US Dance) (Single) (October 7, 2009)’

But as frontman of the rap-rock leaning N*E*R*D, he and the band have remained a commercial underdog, despite being led by one of the biggest hit-makers in music. The trio -– comprised of Williams, fellow Neptunes member Chad Hugo and Shay Haley –- are back with their fourth album, “Nothing,” after adding — and dropping — a new member. Late last year, the group announced it was were recording a new disc, originally titled “Instant Gratification,” the follow-up to 2008’s “Seeing Sounds,” with female singer Rhea.

They toured with the spunky vocalist, her presence adding a strong, sexy girl-power edge to balance Williams’ trademark raspy falsetto. It was assumed she’d do for the band what Fergie did for the Black Eyed Peas: shift its cult following to pop gold. But the idea didn’t last too long. “We were taking a chance on having a girl as like a fourth member for a second. It was fun. We did a really great album. But it was good and for us good isn’t good enough,” Williams, 37, says in his usual cool demeanor. “So we stopped, took a break and started over.” The scrapped project led to the creation of “Nothing,” released last week and debuted at No. 20 on the U.S. Billboard 200 chart, after logging first-week sales of 20,000 copies.

END_OF_DOCUMENT_TOKEN_TO_BE_REPLACED

The Remix to Swedish House Mafia – One (Your Name) just hit the net featuring Mr. 305, check it out, thanks to Pusha.