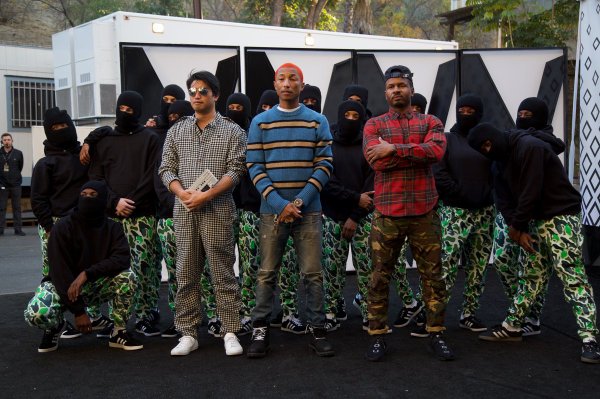 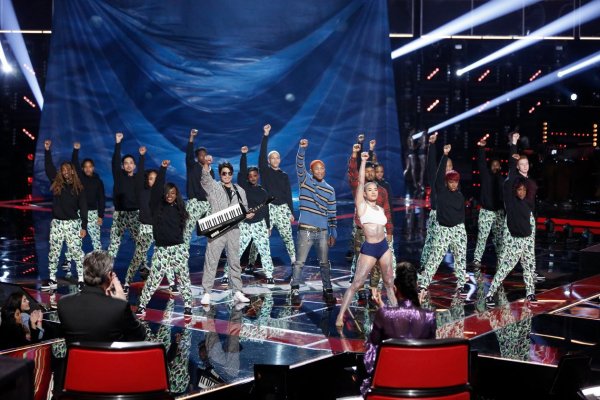 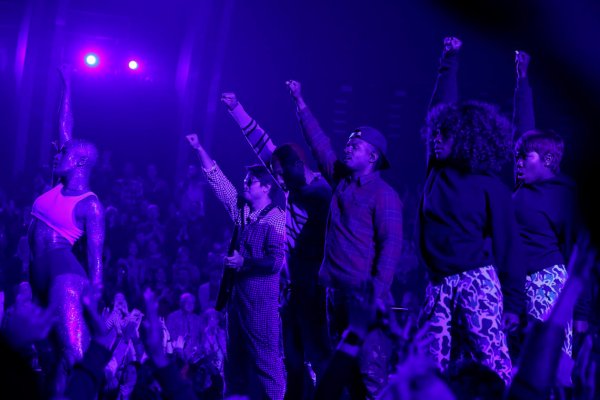 ‘The Voice’ Coaches Mourn Prince: ‘It’s Like A Superhero Died’

The Voice coaches know talent when they hear it, and all four superstars on the season 10 panel — Pharrell, Christina Aguilera, Adam Levine and Blake Shelton — were huge fans of pop icon Prince, who was found dead Thursday (April 21) at his Minnesota home. Also on Thursday, the Voice coaches gathered in Hollywood for a karaoke charity event benefiting Children’s Hospital L.A. When Billboard caught up with the quartet on the red carpet outside Hyde Sunset, we had to ask about the day’s tragic news.

“His death represents a big hole in the ether right now, especially the musical ether,” Pharrell said. “But his music, his message, his movement — it was just super powerful. His physical presence will definitely be missed. The essence of him survives along with the body of his work, the memories we all have of him, and the incredible impact and impression that he’s made with his songs.” Levine has been a vocal Prince fan for years, even getting to spend time with the often-elusive superstar and covering his “Purple Rain” at Howard Stern’s birthday concert last year.

END_OF_DOCUMENT_TOKEN_TO_BE_REPLACED

Pharrell Williams has called on his own personal mentor to lend a hand on the upcoming season of The Voice, and only ET was on set with Pharrell and Sean “Diddy” Combs, aka Puff Daddy, as they doled out advice to the latest crop of contenders. “Essentially, what it is that I do on the show is what he did for me,” Pharrell explains. “I came in the studio with Chad [Hugo, of The Neptunes], and we produced some records and he was the one that looked at me and said, ‘You gotta do more than be behind the keyboards. You gotta get in front of the keyboard, as well.'”

END_OF_DOCUMENT_TOKEN_TO_BE_REPLACED

Pharrell Says Missy Elliott Is ‘Unbelievable’ On ‘The Voice’

By Mekeisha Madden Toby. It’s been a banner year for Missy Elliott. The Grammy winning performer and producer impressed fans and made new ones in February during the Super Bowl halftime show with Katy Perry, she danced, sang and thrilled music lovers in July at ESSENCE Fest and now she’s headed to NBC’s The Voice. Elliott, 44, will advise contestants on judge Pharrell Williams’.

“She is unbelievable,” Williams, 42, told reporters at a recent press event for The Voice. Both Elliott and Williams hail from Virginia and he’s currently working on her album. “Because of her, I feel like my artists will challenge themselves to be more open and less categorical,” he said. “They will be less classifiable, live in the moment and exercise creative license whenever they want. That’s what she is. That’s what Missy does. She liberates people.”

R&B diva Rihanna will also advise members of Williams’ team as well as judges Gwen Stefani, Blake Shelton and Adam Levine’s teams. “Rihanna is all vibe,” Williams said of the Grammy winning singer and native Bajan. “If she doesn’t feel it, she tells you in two seconds. She just knows.”