Teyana Taylor shares with AllHipHop.com Alternatives her view from the top and though she’s reluctant to claim her celebrity status just yet, a co-sign from Jigga and Pharrell suggests nothing but the pinnacle of success for Harlem’s golden girl.

Getting Signed To Star Trak !

This A&R, or whatever, he told his boss Kevin Law, who is the Vice-President of the A&R Department at Universal Records, about me. So I met with him and he asked me, “If you could name five people you would want to work with, who would you want to work with?” And the first three names were Pharrell. He was like, “Wow, really? Me and Pharrell have been friends for a really long time.” So I was like, “Okay that’s what’s up.” And it was crazy, ‘cause the very next day he called me back and told me I had a meeting with Pharrell that Thursday. I was ecstatic. It was like, “Oh my God!” The Neptunes are like brothers to me. At the end of the day, Pharrell is always going to be my idol. I still look at him like, “Oh my God! I’m working with Pharrell,” you know? It’s always gonna be that no matter what.

Top three favorite songs… That’s a good question, ‘cause I be in my room having my little fake concerts all the time. I like “Color Me Pink,” because me being the whole tomboy, skater girl, the songs shows a different side of me. It’s about how this boy makes me want to dress more like a lady. Another song that I like is “Young Girl.” I like “Young Girl” because it’s about the things young girls go through, like having babies, doing stuff they don’t want to do, and stuff like that is really important to me. It’s a really deep song. And I like “Translation.” In the beginning we are talking in our little Harlem slang, and when the background voice says “translation,” we break it down for everybody that’s not from my hood or doesn’t understand how we talk. It’s going to be everything. All kinds of music, from Hip-Hop to Pop and R&B. I’m trying to do it all and do somethin’ that’s never been done before. I want this project to be that, you know?

Yeah, I definitely wanted to start a T-Shirt Line, Skateboards and some Sneakers too. I’m trying to do it all. I might as well open a store. Basically, that’s what I’m thinkin’ about. That’s what I want to do.  I know it’s hard work. – I was like really, really really excited. My A&R had called me like, “Alright, I need you to bring four girls with you.” I’m like, “Okay, cool.” I’m thinking that I’m going to show something to someone or something, but when I got there I met Jay-Z. It was amazing. I was going crazy on the inside, but I had my game face on, on the outside. And when we talked he told me, “I specially requested you, so I need you to bring your swag.” ‘Cause Beyonce had told him about me. He was like, “Yeah, Beyonce kept telling me ‘she’s a superstar.’” And Beyonce was like, “Yeah, I was telling you…”  So I was just so honored and really just like, “Wow.” I mean, this is coming out of Jay-Z’s mouth. It really meant a lot to me. I mean, this is Jay-Z we’re talking about. It was crazy. 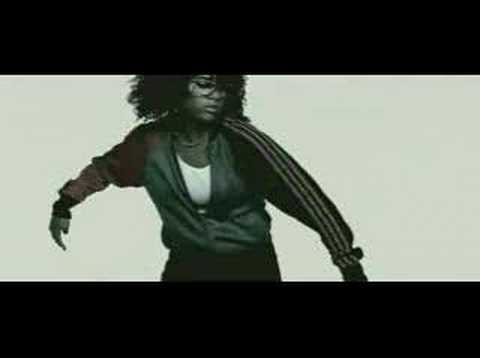