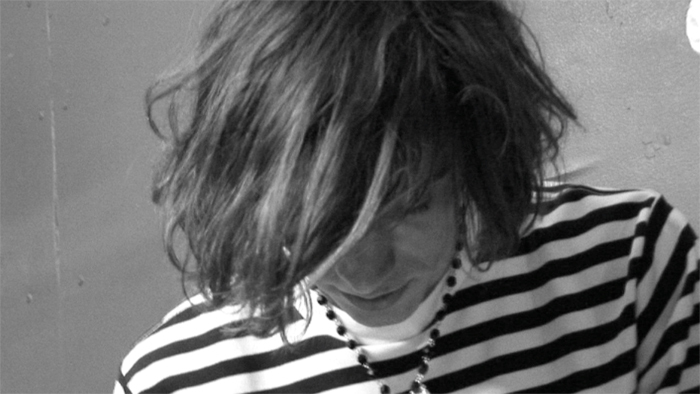 When we last left off, we were somewhere in the British countryside between Edinburgh and London. After some battery recharge and a traditional English breakfast (of blood sausage of course), we hop into our now-reeking van and hightail it to London. There’s not enough time to watch a movie or take any significant nap, so we play a round of “Truth Or Dare” and find out Tyler used to be a child prodigy in tap dancing. Right on, bro! We pull into our hotel, in Russell Square, which, thankfully, is right near the British Museum! None of us go to the British Museum. We’re in a rock band. No, instead we head to Buckingham Palace and go harass the guards a lil’ bit. Afterwards, we hit up the Bape store, do some window shopping and head to the Astoria 2 to set up for the gig.

When we get there, we’re greeted by Max’s wife and some friends we met on our last trip to the UK. The club is cool but, by all accounts, incredibly weird. It’s laid out like how you’d imagine a German sex dungeon would be… cages everywhere, scary black interior, the works. After setting up, we hit up the backstage and just go into relaxation mode. Tonight’s show is, by far, the latest show we’ve played this tour (all the other gigs were around 8, this one is at 12:30). Since we’re bored, we play another round of Truth Or Dare and find out Tyler was a child prodigy at synchronized swimming as well. Who knew the guy was so multi-talanted? Soon enough, it’s time for our show and we, of course, rock the house. The house, however, is a bit hesitant to be rocked at first. But we convert the hell out of the crowd and bring the house down by the end of the show.

We go outside to pack up our gear and notice a sea of photographers there to harass Max and his wife, so we figure out a plan to get them out of there, pack up our gear and go with minimal amounts of annoyance. Then we go out and have a fun time in one of the coolest cities in the world (ie we go to our hotel room and play a third round of Truth Or Dare). DA, our videographer Lukas and Omar head over to Bungalow 8 and meet up with the Blag girls (from Blag Magazine) and, later that evening, meet the guys from The Killers, who are super nice dudes. It’s a long night and most of us barely get any sleep, but it’s okay. We can sleep when we’re dead. Or, as an even better option, on the plane. Which is what we do. Goodbye UK! It’s time to come home and… go on tour! Next time… US Tour Diary
*myspace.com/chesterfrench