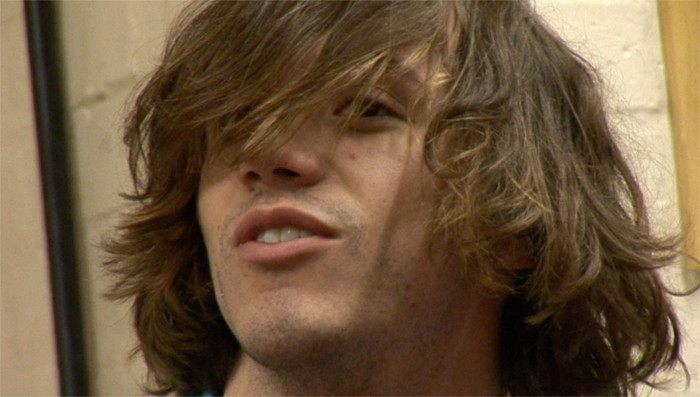 When we last left you, we were being accosted by a midget bellhop in Sheffield. Thankfully we made it out of there alive. After a full night of rest and battery recharging, we hop into the van and head to Birmingham. Though it’s supposed to rain later, the weather seems to be holding up so once we head into Bham, we go sightseeing and on the lookout for some food. Everywhere we go, there are posters for a show that night by some comedy duo called “Four Hands, One Piano,” which is apparently this. Yikes! Tough competition.

Even after all that rest, we’re all getting a little tired (jet lag) so when we hit up the restaurant, everyone orders coffee except for DA. He needs caffeine just as much as the rest of us but he’s in an experimental mood, so he orders something called “Pepsi Raw.” It’s apparently Pepsi, but with real sugar instead of corn syrup. Which is cool, and it’s great the restaurant has that. But hilariously, DA asks every other restaurant we go to for the rest of the trip if they have Pepsi Raw. And they never do. After our fulfilling meal (and DA’s Pepsi Rawwww), we head back to the hotel, load into the van and head to the venue.

We load in, sound-check and then head backstage, to our dressing room, to do an interview with a fanzine. Then it’s everyone’s favorite moment… just waiting. We wait for like an hour or so before it’s time to go on stage. While we’re sitting around, our buddy Lukas heads outside to the line of people and discovers some Chester die-hards are in attendance. Which is always exciting. Shout out to everyone who came out. Then it’s time for the show. This time, we’re not suffering from jet lag after our performance, so we stick around, hang out with N¤E¤R¤D and catch their awesome, awesome set.

It’s now been hours since everyone ate (and since DA had a Pepsi Raw), so we hit up tour manager Greg. Problem is, it’s ’round midnight. Not a problem, Greg tells us. There’s an Indian restaurant that’s open still. Dude knows everything about everything. He’s amazing. So we hop into some cool British cabs and hightail it over to some random, shady looking Indian restaurant. The place is empty. There’s an ominous vibe to everything and we’re unsure what we should order. No worries… Greg picks out our food (dude is incredible) and, lo and behold, it’s some of the best Indian food any of us have ever had. With our bellies full and all of us still on cloud nine from the hot show, we head back to the hotel and drift off to sleep.
*myspace.com/chesterfrench