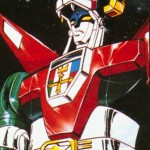 Brazillian director Max Makowski is set to direct the re-envisioned “Voltron” Movie at Relativity reports Latino Review. The post-apocalyptic tale is set in New York City and Mexico and follows five ragtag survivors of an alien attack banding together to pilot the five lion-shaped robots that combine and form the massive sword-wielding Voltron to battle Earth’s invaders. Makowsi most notably has helmed the Harvey Keitel-led assassin drama “One Last Dance” which was screened at Sundance in 2005. He’s also helmed episodes of TV’s “The Agency” and “Queer Eye For The Straight Guy“. Makowsi is currently attached to direct the feature film revamp of “Kung Fu“, directed “Shinobi” and has just done a re-write on the upcoming film version of “Hawaii Five-O“.
*darkhorizons.com