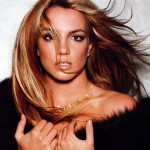 The Pepsi 500 Running Wide Open charity event benefiting the NASCAR Foundation was at Avalon Hollywood in Los Angeles. The event was hosted by Jeff Gordon and Pharrell Williams. A few other celebs came out, including Aaron Eckhart of “The Dark Knight” fame. Spears has reportedly been turning her life around over the past year. It seems that Pharrell Williams has worked with nearly everyone in the music industry, and he is praising the career of Britney Spears. The pair have worked together on multiple hit songs, including “I’m a Slave 4 U” and “Boys.” “She’s made her mark with her career,” “She’s super-talented. She’s an entertainer.” Which may not seem like much, but considering that Spears is nominated for three VMAs, and is reportedly working on her best, and darkest, album to date (according to Spears, her manager and her producer), this seems like a great compliment. “I’m not sure [if she will win],” Williams said. “I don’t even know if it really matters whether she wins or not.”
*thecelebritycafe.com