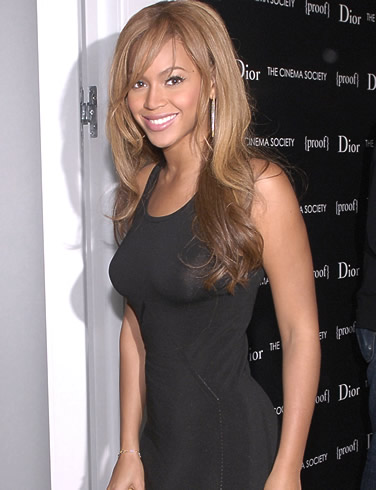 According to angryape.com, Beyoncé has collaborated with Justin Timberlake, Kanye West and Pharrell on her third solo album – which has a working title of ‘Queen B!’. Although the LP is expected as early as November 18, two singles are due to precede the album. One is named ‘Single Ladies’, and the second is ‘If I Were A Boy’ – although some reports claims this may be called ‘I’m Just A Boy’. Both West and Pharrell appear on the latter single and according to sources, most of ‘Queen B!’ was produced by Timbaland.
*angryape.com