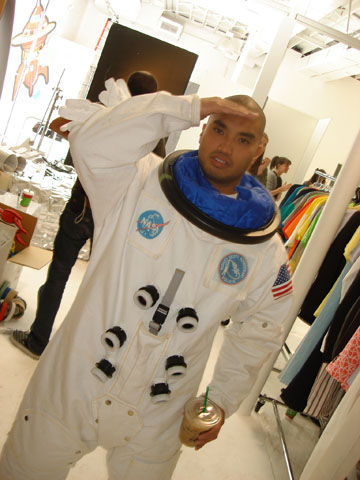 Here is an old article from a blog that says that Chad worked with Apl De Aps back in 2007, check it out. “Yo I’m not going to front, I was real excited to meet Chad. He’s a real down to earth dude. Very talented. Yo so Rae and I got to got to LA and hit the Record Plant. We were there with Apl De Aps (Black Eyed Peas, Jeepney) and got to see these two talented dudes work together. Man let me tell you, it was an experience. I got some good stories from this trip. On the drive to LA Rae knocks out another hit called “Casting Call” produced by M-Dubb. As soon as we get to LA we hit Apl’s Studio and record the track. We left the studio at 5am after I mixed the track. Then the next morning we go to the Record Plant to work on Chad and Apl’s session. First we get there and we are setting up and getting the vibe going, and this girl walks in and starts talking to Chad and Apl like she knows them. They were try be as polite as possible but no one recognized her.

She had huge sunglasses on and her hat real low. She was talking to them and they were like who is this? Then Chad asks her “where do we know you from?” She like “it’s me”, takes off her glasses and hat and says “Nicole” Me and Rae almost fell out our seats. It was Nicole from the Pussycat Dolls. You should of seen the smile on our faces. LOL. She even waved bye to us. Yeah we were a little starstruck. It’s Nicole Foe! Don’t front. If you were there you would’ve been too. Second story, Chad played us some stuff he was working on and damn, he did a track for Alicia Keys and the track was so off the hook. When you hear that track when it comes out, remember that I told you about it and then you will know what I mean. Don’t believe me, ask Rae or DJ Replay, or better yet call Chad yourself here’s his number 1-800-neptunes. Call him. He’s waiting for your call right now.
*17hertz.blogspot.com