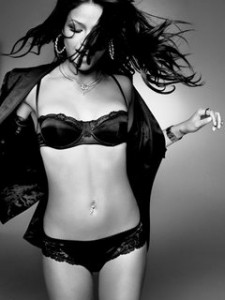 Cassie recently released a Lil’ Wayne assisted single “Official Girl.” She’s now prepping an album with help from Pharrell Williams, Kanye West and others. She recently took some time to speak with HipHopDX about the release date and some misinformation floating around regarding the title of her upcoming LP. The sexy singer traveled to Miami earlier this month to craft an uptempo cut with Pharrell. “It’s a crazy record that he wrote. It’s incredible! It’s my first record with him,””I want to say…um…2009. I want to say first quarter,” she said. “Right now, I’m wrapping up my album. I’m just getting all my marketing together. We have the single out, just trying to promote that. I have to go back out and do more radio. I did some with Donnie [Klang] and some on my own in California, but I have to finish it out.”

Cassie also told HipHopDX she had a lot of songs to pick from and that the track selections haven’t been finalized as of yet. “I definitely have a lot of work to do as far as picking,” she adds. Some have been running with reports that her next album would be titled Connecticut Forever. However, she just laughed off the rumor, saying many people have asked her about it. “There’s no name yet. I’m kind of juggling a few ideas. I don’t know where that came from,” she said with a laugh. “It’s crazy that people can come up with your album name without even asking you,” she clarified. “There’s no title.” So, her untitled album still has no release date, but expect an early 2009 release to follow her self-titled debut, which was released in 2006.
*hiphopdx.com