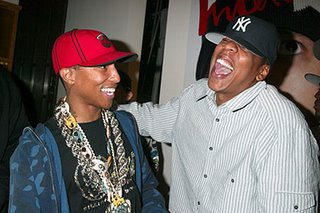 Jay-Z, according to some reports circulating this week, will release his new album “The Blueprint 3” on December 2. If the date contains some truth in it, then it makes December officially the month of Hip-Hop for big icons from the genre such as 50 Cent, Dr. Dre and Eminem will all release their records in the same month. An alleged tracklist of Jay-Z’s effort even made it out but an executive close to the rapper said that none of them will make the final cut except for “Swagga Like Us Remix” and the first official single “Jockin’ Jay-Z“. The remix of “Swagga” will feature Nas, Andre Benjamin, and Young Jeezy. “Blueprint 3” will be the final contractual obligation from Jay-Z for Def Jam. He will release his next albums under Live Nation. It has just been reported that Interscope Records artists, Eminem, Dr. Dre and 50, will release their respective albums in the three closing weeks of 2008. Kanye West, meanwhile, was slated to drop his new album “808’s & Heartbreak” in December but announced in September that he will spawn it earlier in November.
*bluri.com