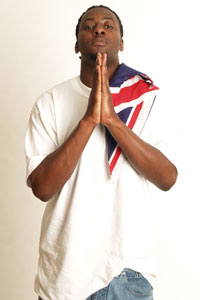 According to the A Tribe Called Next Interview, Sway did not work with The Neptunes for his new album “The Signature”. “Speaking of production- how much of the new album have you produced yourself? I’ve produced six tracks on the album. Akon has produced two, alongside Georgio– he’s part of the Konvict Muzik family and he works on most of Akon’s tracks. He’s about to blow up in a big way. I’ve also done tracks with some UK producers- Silverstone and my boy Turkish. He’s always got a banger for me. I was speaking to Pharrell about a possible collaboration with The Neptunes. Is that going to happen? I’m not sure. He’s told me he has respect for me as an artist but I think it would take something big for that to happen. There would have to be a reason for me to get on the plane and go over there. I’m not interested in bugging Americans. The collaborations I’ve done so far with American artists- Chamillionaire, Styles P, Lupe Fiasco– they’ve all been on a mutual level. We’ve both reached out to each other to make that happen.
*atribecallednext.blogspot.com