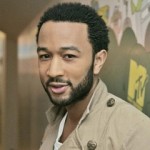 Back in February, Legend invited people to hang out with him at a recording studio in Atlanta, where he gave an exclusive preview of several tracks that suggested Evolver was shaping up to be a decidedly sexier album for the soulful singer-songwriter. But as it turns out, many of those songs — including seductive grooves produced by Rich Harrison (“The Only One“) and Pharrell Williams (“Aim High“) — didn’t make the final cut. “We ended up doing so many new songs that things got bumped,” says Kawan “KP” Prather, who co-produced Evolver with Legend. “It just came down to what made the best body of work.” So, will fans ever get to hear any of those fabulous unreleased tracks, perhaps on a Deluxe Edition of Evolver to be released at a later date? “If that were to be the case,” says KP, whose production credits on the album include the current single, “Green Light,” featuring André 3000, “we have the material all ready to go.”