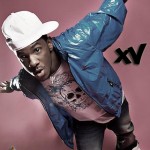 Kansas born XV is currently eclipsed in a Hip Hop version of the great flood.  Sending cyberspace a wash in new material, XV has undertaken a 40 Days/40 Nights project in which he drops a new song every AM and every PM.  Each day XV gives the world new tracks about his love for video games, girls, comics, and how he left earth for the distant Planet Squaria before settling in the Coolniverse. He also freestyled on 2 Beats produced Pharrell & Chad. “Esoteric should be my genre of music, because I don’t expect everybody to get it,” says XV about his highly conceptual music, which tells the story of a young man finding himself through creative expression. “I still don’t feel like I fit in,” he continues,  “because I’m socially outcasted by many of my peers, but I’ve found clarity in who I am.”  That clarity is on display and currently getting thumbs up from artists, writers, and fans alike.  So much so that XV is plotting a nationwide tour, and currently working on the release of a proper LP, The Kid With The Green Backpack. 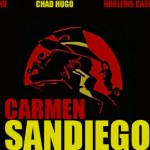 XV – In The Meantime (Freestyle) 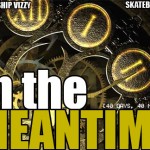