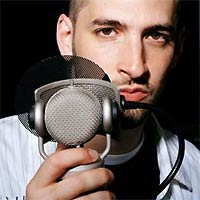 Forget all the hate Jon B was givin to Thicke, this is what really Jon B thinks of him. Are you expecting the Robin Thicke comparisons? JB-They did it when he first came out. When Justin Timberlake first went solo, people are always going to compare things, that’s a given. At the same time, the energy I’m giving to people is really about the music. This is like a boxing championship, the NBA, or the NFL or celebrity death match or something like that! Comparisons on artists only set us up to fail. All we can do is pick up on that competitive energy and that sh*t’s so not productive for what we do you know? That is what’s killing artists right now. I read my man Robin Thicke’s article in Vibe Magazine about how he’s kind of mad about not having the cover. I was just like, wow. I don’t have Vibe Magazine articles coming out right now, at least not yet. I feel like just be grateful for the feature. You only get a first chance to make the first impression and you have to make the best of it. As your older brother and like someone who’s listening and picking up on energy man, this music is about love man. That’s why we recognize you, that’s why you’re dope Robin Thicke. Shedding light on the negative and not the positive is not the business right now man. Shed light on the positive while you got your air time. If I could offer constructive criticism to anybody, since I’ve gotten my constructive criticism, like my first album, I couldn’t escape the comparisons to Babyface. The comparison just means we have a deep connection and common wave length, we need to get in the studio and make that Magic, like he’s talking about.

So you want to work with Thicke?
JB: Oh without a doubt I want to collaborate with Robin Thicke.

So you are a fan of the music?
JB: Oh no doubt! That’s MY lane! That’s how I grew up. That’s my area, it’s not about THE music, that’s MY music. That’s the same school that I study. Those Marvin riffs, those are the same riffs I do. That’s ok cause that’s Marvin. We are paying homage. Marvin just continues sometimes, it’s involuntary. I feel like a kindred spirit to people sometimes. I want the world to know this is soul music.