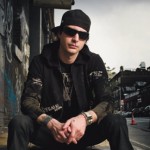 You may not know him yet, but Kevin Rudolf is on his way to regular rotation on your iPod. Signed to Cash Money/Universal Republic earlier this year, the 25-year-old singer/songwriter/producer released “Let It Rock.” The single, which features Lil’ Wayne, recently peaked at No. 23 on the Pop 100 and No. 33 on the Hot 100. Now, the New York native is ready to release “City,” which he describes as a “conceptual album that follows the story of my experiences Ð it’s like a coming of age story in NYC.” “In The City” was produced entirely by Rudolf except for one track handled by The Neptunes’ Chad Hugo. “We were in the studio mixing one day and he walked in the room and said he wanted to do something with us,” Rudolf recalls. “We banged some music out that same night!” Chad Hugo co-produced the song “She Can Get It”. 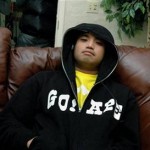 The set features songs like the seven-minute ballad “Great Escape” and “N.Y.C.,” which will be included in the soundtrack to “Fighting,” a film starring Terrence Howard due later this year. To help promote the album, Rudolf will start a promotional radio tour next month and plans on scheduling another tour before 2008 is over. “I’ve been hearing some crazy stuff, like ‘Let It Rock’ is Ryan Seacrest and Lindsay Lohan’s favorite song right now. I have been very blessed and feel really lucky,” says Rudolf. “There is no info or pictures of me anywhere, yet the track has taken a life of its own. The music is truly speaking for itself.”
*billboard.com