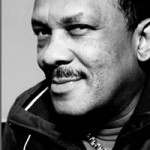 Roy Ayers could very well be the best jazz/R&B artist you don’t know. In his 40-plus years as a vibraphonist, he has produced a string of soul and funk classics, like “We Live In Brooklyn Baby” and “Everybody Loves The Sunshine,” that has arguably made him the second-most sampled musician in hip-hop, after James Brown. You may have heard snippets of his music in songs by 50 Cent protégé Tony Yayo (“Fake Love”) or A Tribe Called Quest (“Bonita Applebum”). But while the exposure of his extensive catalogue is enough to boost any man’s ego, the 68-year-old Ayers remains humble and busy. Just last year, Ayers and Kanye West were enlisted to produce “In The Mood,” a modish jazz cut off Brooklyn MC Talib Kweli’s seminal CD Eardrum. 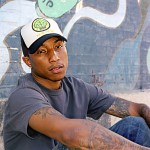 Ayers continues to tour and work on an album due to drop in 2009, which he says may feature the exhilarating, highly underrated jazz vocalist Dee Dee Bridgewater. Meanwhile, Verve has reissued three of his albums from the 1970s, which highlight some of his best work. EW caught up with Ayers before his show at New York’s Blue Note Jazz Club, where he joked, laughed, and talked about his top five favorite samples of his work. Check it out after the jump. A Tribe Called Quest: “Bonita Applebum,” from 1990’s People’s Instinctive Travels and the Paths of Rhythm Samples “Daylight” That is classic, what they did with “Daylight.” I actually talked to Pharrell Williams from London. He was on the phone from Virginia and we were talking. Pharrell said that’s what really started his whole career. I felt very proud.
*ew.com