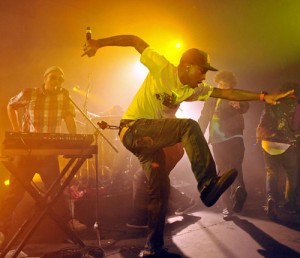 Due to Recording Commitments’, N¤E¤R¤D are unable to perform at Auckland’s Vector Arena on February 26. Hip-Hop act N¤E¤R¤D, comprising of rappers Pharrell Williams, Chad Hugo and Shay Haley, will not head up to Auckland for a live concert because they have canceled the planned show. The group were supposed to perform at Auckland’s Vector Arena on February 26 as part of an Australian Tour. Without further explanation, promoters Future Entertainment claim the cancellation happens “due to recording commitments.” There hasn’t been any statement from N¤E¤R¤D’s management team regarding the pulling-off though. Full ticket refunds for the New Zealand show are available at the point of purchase. “Smells Like A Big Usher Project If U Asking Me…”