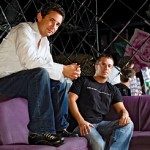 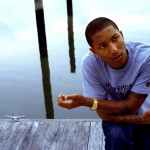 2009 is looking to be a huge year for the Rakontur Films. Not only will they be teaming up with super-producers Michael Bay and Jerry Bruckheimer to turn their Cocaine Cowboys documentary into an HBO series, but they’ve also announced on their blog they’re developing a half-hour series for Adult Swim called Square Grouper with another type of super-producer, Pharrell Williams. Can you feel it? The total jealousy of every young filmmaker in the entire country? HBO and Adult Swim are truly two of the best spots on the TV dial, and are always open to creativity and experimentation. Developing a show for either would be a dream come true for most, but both at the same time? That alone is like winning the young producer Powerball. Rakontur also has other projects planned for 2009, including a photo collection and a graphic novel based on Cocaine Cowboys for MTV Books, as well as the debut of their documentary for ESPN about University Of Miami football.