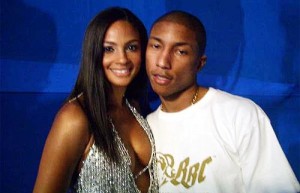 Alesha Dixon has revealed that she would love to team up with Pharrell Williams. The ‘Breathe Slow’ singer said that she would jump at the opportunity to collaborate with him if her record company would agree to the fee. “That would be really, really, cool, as long as he doesn’t charge too much money because he a quite expensive person to work with,” she told Key 103. “I definitely think the thought is there and I am sure when it comes to making the second record we will definitely think about it, because obviously we didn’t have any colabs on this album.” The star also claimed to be embarrassed after it emerged that she recently got a flight from Cannes with Coldplay singer Chris Martin on his private jet. “Oh I feel so tacky saying this, but yes he did. Oh god, he’s a really lovely guy and he did, myself and my manager, give us a lift back,” she said. “And I was really annoyed actually that it came out in the press, because for me personally it’s just not my style.”