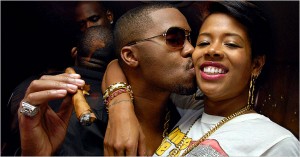 Nas is about to be a dad again. It’s official. The masterful MC told MTV on the red carpet of the Grammy Awards that he and wife Kelis are expecting their first child together. The couple will know the baby’s sex in a matter of days. “Yeah, man, I find out what it’s gonna be next week, so I’m happy,” said the rapper, who has a 15-year-old daughter from a previous relationship. “I got another one coming in ’09, yeah! That’s what’s up!”