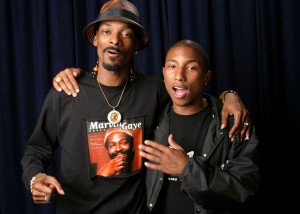 MTV and Snoop Dogg announced on Tuesday (February 10) a global deal that will bring the entertainers’ personality to television in a new variety talk show, “Dogg After Dark” — which premieres Tuesday, February 17, at 9 p.m. ET/PT — and music to fans with a new album release and via the video game “Rock Band.” Coming on the heels of the announcement that Snoop is no longer with Geffen/ Interscope, the MC’s deal with MTV will let loose Snoop Dogg’s upcoming album, Malice In Wonderland, (Due September) with global distribution, marketing and promotion. The album’s musical guests include Dr. Dre, Pharrell Williams and Lalo Shifrin, and it’s scheduled to be released later this year.