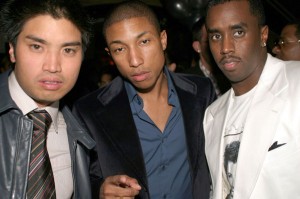 P. Diddy’s new major studio album will be called “Last Train To Paris“. Confirming the news was the rapper himself during the airing of MTV’s “Making The Band 4” season three part 2 on February 12. Aimed to follow up Diddy’s 2006 studio album “Press Play“, the new record will have contributions from T-Pain and Danity Kane’s former member Dawn Richard. It will also contain electro hip-hop songs, which feature the heavy use of Auto-Tune. Noting that he eyes to drop the effort in September, Diddy reveals to have worked with T-Pain using tricks which nobody knows except themselves. “T-Pain gave me permission to use the vocoder, the Auto-Tune, and he showed me various tricks that nobody knows but him and myself,” so Diddy claimed. Elsewhere, P. Diddy is rumored to work with British singer Alexandra Burke. Along with Timbaland, he is said to help the winner of 2008 “The X-Factor” crafting new songs for her debut studio effort. P. Diddy has been working with Dawn Richard & The Neptunes aswell.