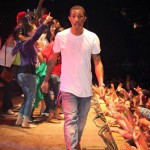 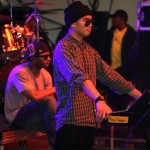 Nerds Invade Emory
Okay, so this is kind of old news but there were problems downloading the story. Enjoy! It was definitely a site to see at the NERD show at Emory on Thursday night. Although the show was a well-kept secret intended for the students and faculty of Emory it looked as if a small buzz got out into the open. A crowd of damp and excited coeds began to chant ‘nerd’ that hinted on to the patience that was being lost. Within a few moments the band appears on stage followed by star front-man Pharrell, which caused the crowd to go crazy. As the show started, the sea of excited college kids proceeded to push to the front of the stage causing the isles of eager young women to fall onto the barricades. As the crowd stood at the front of the stage with mesmerized looks across their faces, there was no turning back.

The crowd was hype as ever with slews of people crowd surfing over groups of out of control mosh pits. NERD performed older hits such as ‘Lap Dance’ to their newest hits ‘Spaz’ and ‘Sooner or Later’. My favorite part of the show was the audience participation and Pharrell encouraging young people to be involved in art as much as possible. Despite almost losing my life by being hurled in to a concrete wall, the NERD show at Emory was one experience that I will never forget in all of my years as a concert goer. So next time NERD comes through Atlanta, be sure to check them out. I will warn you to not wear your best shoes, but it’s all worth it.