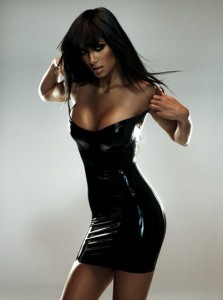 Chief Pussycat Doll Nicole Scherzinger says her long-awaited solo album “may come more sooner than later,” but after two years of projected release dates and delays she’s not about to set one now. “I think it’ll just come out when it wants to come out, on its own,” Scherzinger tells Billboard.com. “I’m still working on my album, and I’m very excited. I’m a relentless perfectionist. I get one chance to put out a first (solo) album, so when the right time comes I will put it out.” Scherzinger has been working on the album, tentatively titled “My Name Is Nicole,” since 2006. She’s released several singles — “Whatever U Like,” “Baby Love,” “Puakenikeni” and “Supervillian” — while several of the other songs considered for the project turned up on the Dolls’ 2008 released “Doll Domination.”

The current incarnation of the album, she says, “is just in the works and in talks and in the writing process. I haven’t started recording yet.” She hopes to hit the studio in the summer, after the Dolls finish their run opening for Britney Spears and then tour Europe again. “I’ll be excited to get back with old friends — Will.i.am., Timbaland,” says Scherzinger. She also plans to work with good pal Lady Gaga and hopes to continue a new association with Academy Award-winning Indian composer A.R. Rahman, who collaborated with Scherzinger and the Dolls on an English version of his “Slumdog Millionaire” track “Jai Ho!,” now subtitled “You Are My Destiny,” which peaked at No. 15 on the Billboard Hot 100. Nicole worked with The Neptunes in 2006 and did the track „I M.I.S.S. You“ for her solo album “My Name Is Nicole“.