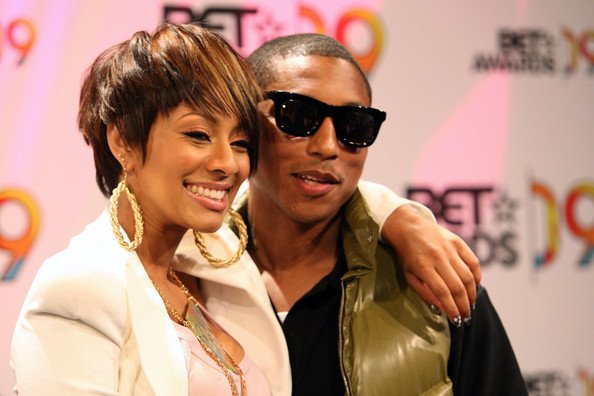 Keri Hilson is not just turnin’ on Lil’ Wayne and Kanye West. The Clipse are the latest rappers to fall victim to the R&B songbird’s charm. The Virginia rap duo’s collaboration with Miss Keri, titled “Eyes On Me,” was produced by The Neptunes and will appear on the Clipse’s new album Till The Casket Drops. “It’s an amazing record,” Pusha T. tells Rap-Up.com. “Uptempo. Party. Girls. Shake every ounce of your ass.” The “Knock You Down” singer’s busy schedule prevented her from being in the studio when they recorded the track, so she phoned it in. “She wasn’t in-studio with us when she did that, but I was listening over the phone,” Pusha discloses. “The way of the music industry these days.” The brothers’ third studio album will feature more upbeat records in the vein of “Eyes On Me.” “The chains are off. We’re back in that Lord Willin’, happy mood,” he adds. “You get a whole lot of different colors. Dark moments, bright moments.” Till The Casket Drops will be released in September on Sony Music. The Clipse will shoot a video for their first single, “I’m Good,” this weekend in Los Angeles.