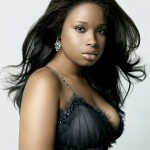 It has just been confirmed that “Giving Myself” will serve as the official third single from Jennifer Hudsons self-titled debut album. The Robin Thicke produced and penned ballad has recently been sent to Urban AC radio formats, but there’s currently no news on a music video. The news comes as a surprise since the Timbaland produced “Pocketbook” was previously announced as the third single, with reports even emerging that a video had been shot. “Giving Myself” follows the successful “If This Isn’t Love“, which peaked at #5 on the R&B/Hip-Hop singles chart and #63 on the Hot 100, as well as performing extremely well on BET’s 106 & Park and topping the urban adult airplay charts. Thanks to Lestina.