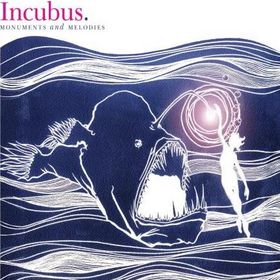 Not too long ago, Pharrell told billboard.com that he was working with Incubus in the past days, so we thought we might see The Neptunes on the Greatest Hits & Rarrities album “Monuments & Melodies“of Incubus, but  The Neptunes arent on there. it seems like they’ll be on Incubus’ 8th studio album next year (hope so). I don’t know how many times i mentioned this already but Incubus made the best Alter/Rock album ever in 1997 called “S.C.I.E.N.C.E.” I still got that album in my MP3 player since the last 7 years, so it woulda been pretty awesome to hear a Incubus ~ The Neptunes collabo.
Check that album out, It’s Awesome !!!