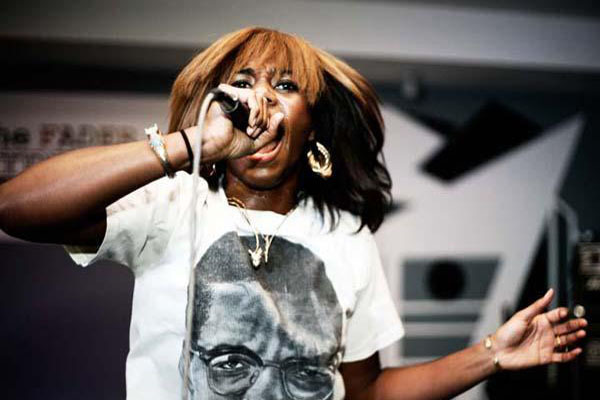 Santigold has started work on the follow-up to her 2008 self-titled debut album with producer Pharrell Williams. The singer told NYLON that she had enlisted Williams as well as Diplo and Switch, who worked on her debut, and rap/dance outfit Spank Rock on production duties on the album. She explained that she plans to begin the proper recording process of the album in August, although she had already laid down a few “bucket”-related ideas with Williams. “We went in the studio and he [Williams] was like, ‘I’ll just play the buckets’,” she said. “It was like, ‘Boom, ah, buh-doom, ah!’.” Santigold listed Otis Redding and ’80s rapper Egyptian Lover as influences for the forthcoming album.