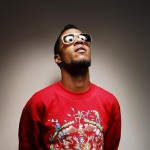 Virgina rap duo The Clipse will be appearing on Kid Cudi‘s forthcoming debut album titled Man On The Moon: The End Of Day. Pusha T. of The Clipse recently revealed to Rap-Up that he has recorded a song for Cudi‘s album called “Angels & Demons” which will also feature his brother Malice.