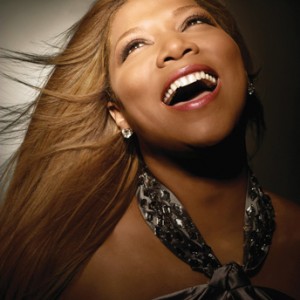 Three years ago, back in 2006, I did an update on grindin.free.fr about Queen Latifah workin on her 6th album ‘Trav’lin’ Light’ (2007) with The Neptunes but it didn’t make the final cut.  Queen Latifah is finally releasing her 7th Studio album „Persona“ which is due August 25th. Queen Latifah’s 9th studio album was executive produced by Cool & Dre and apparently by Pharrell according to rap-up.com, with appearances from hip-hop and R&B royalty including Busta Rhymes, Mary J. Blige, Jadakiss, and Boyz II Men. Thanks To Skateboard.