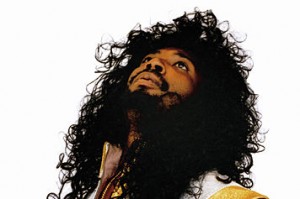 Hollywood may have Austin Powers, but hip-hop had it’s own international man of mystery, his name is Ol’ Dirty Bastard. ODB lived and suffered with the adage that any publicity is good publicity, he was repetitiously contradictory with his neurotic ramblings, who cares? That’s half of his appeal, as there is an irrefutable attraction to ODB’s carefree and inebriated outlook on life. With rhymes frequently so garbled that they are barely decipherable, calling ODB a quintessential lyricist would surely insult the intelligence of any hip-hop purist. Yet the dirt dog is indubitably a distinguished emcee and a uniquely abrasive one at that, as he turns an array of voice cracking and bloodcurdling hooks into grisly masterpieces. Examples include the nonsensical crooning of his Rick James interpolations on “Cold Blooded” from 1999 despite that ODB’s production chores are handled admirably by The Neptunes. ODB rarely stays on beat and there is little, or no structure to his rhyme sequences. Safely nestled away in his own little world, there is no containing ODB’s free-spirited outlook on life. Amidst whirling sirens, Ol’ Dirty Bastard turn „Pop Shit” boasts a comical Looney Tunes-worthy arrangement. It also must be said that no one but Williams could make a chorus like “Pop shit, n*gg*, what’s up? so effective on this 2003 studio session. His is a world that is heavy on shock value, yet undeniably entertaining, R.I.P. Ol’ Dirty Bastard.