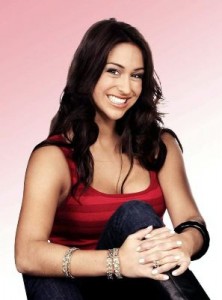 According to Raquelle’s & NERD’s Twitter Page, Former “Hope” UK-Member Raquelle Gracie has been with The Neptunes in Miami to work on her solo album. Raquelle Gracie was one fifth of British girl group Hope which The Neptunes already worked with on the Tune called “I Appologize”. In 2007, Raquelle entered “The X-Factor” in the girl band Hope. They reached the semi-finals and came 5th in the competition. Following this endeavor, the girls went on tour with the X-Factor, playing huge venues and performing in front of sold out crowds often numbering in the tens of thousands of people. After securing management, the girls then toured with Westlife, Boyzone and Shayne Ward. Hope then went on to record a track with Pharrell Williams. “Recording with Pharrell was the most surreal and invaluable experience. He is a musical genius and I learnt so much from him. His professionalism and his method of working was inspirational.” Raquelle is now establishing her solo career, not only as a recording artist, but also as a writer and producer. “Its absolutely amazing what you can do from your bedroom with a keyboard, laptop and logic pro!”

Raquelle’s Twitter
“chad hugo NERD is a legend!! He plays those keys like i’ve never witnessed before!!!”

NERD’s Twitter
“# Up in the studio working on this new album. Crazy!!! Shout out to @raquellegracie with us down in Miami “

Her Blog From Miami
“Now where to begin- I am currently in the states. I came over here because I had an opportunity to audition for an acting agency and record with some fantastic producers! Sometimes life is about taking risks and chances and never missing an opportunity! I then travelled to Miami, which is where I am writing this from. I am working with some of the industry’s top producers and we are busting out the hits!!!I am then flying back to LA next week to plan shooting the video to my FIRST SINGLE!!”