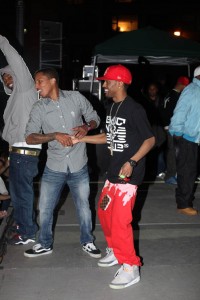 Big Sean, who has had the fortune of collaborating with artists like The Dream and Pharrell on his album said that despite the bad press, most hip-hop heavyweights — including Kanye — are actually very friendly. “They’re all way nicer than you probably think they are — super duper nice. I think people like Pharell and Kanye aren’t in those positions unless they’re nice and can handle it,” he said. “For example, Pharrell is one of the nicest people I’ve ever met, period. He’ll treat a janitor and a billionaire executive with the same respect. Those are the type of people who really deserve their positions. I haven’t met anybody who’s really an asshole that I can think of off the top of my head.”