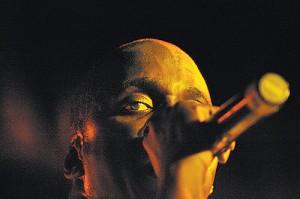 Malice will become hip-hop’s latest rapper-turned-author after announcing plans this week to release a new book titled ‘Wretched, Pitiful, Poor, Blind & Naked,’ following the group’s upcoming album ‘Till The Casket Drops.’ Malice told Honey Magazine that the purpose of his book is to present the public with the entire story surrounding the tidbits of information that the Clipse has continued to throw out about their struggle over the past few years. “People know what the Clipse content is about — what we’ve been talking about over the years,” he said.

“But we like to paint both sides of the picture and give you the pros and the cons and just to let you know that it’s not all glorious and sometimes you lose.” Now, as the pair is primed to release their third LP on Columbia Records, the time is right for a tell-all book. “The intention is to have the book out at the top of the year, after the album. We’re speaking with a few people now but it’s gonna be major publishing,” Malice said. “It’s an awesome book that’s nothing short of phenomenal. It gives you an inside look of the Clipse, the industry, the things that we’ve been through and a very personal look at my private life.”