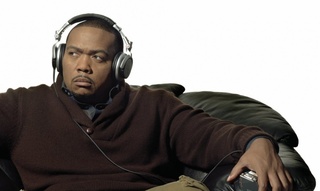 Timbaland is ready to shock the world once again with the sequel to his platinum-selling album Timbaland Presents Shock Value. The follow-up to 2007’s star-studded project will be released on November 24, Rap-Up.com can confirm. Collaborators include Justin Timberlake, Lady Gaga, Shakira, Kings Of Leon, Miley Cyrus, Daughtry, The Fray, and Paramore. The first single, described as having a vampire theme reminiscent of Twilight, will feature the super-producer’s new French artist SoShy. It is expected to debut this month. Timbaland’s original Shock Value spawned the hit singles “Give It To Me” featuring Nelly Furtado and Justin Timberlake, “The Way I Are” featuring Keri Hilson and D.O.E., and “Apologize” with OneRepublic. Timbaland also confirmed via Ustream on August 26 where he previewed some beats of Shock Value 2 that he’s been working with The Neptunes too.