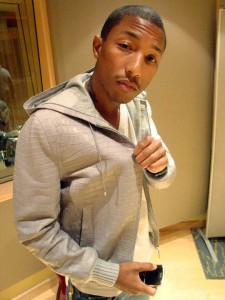 According to Pharrell’s Blog, NERD are trying to finish their new album before they hit the road with Jay-Z, so that would be October 09th In a week, that’s when the tour is starting with Bryce Jordan Center – University Park, PA.