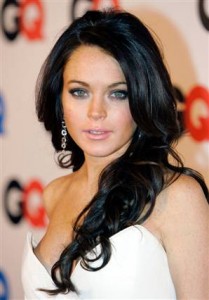 Singer/actress/celebrity Lindsay Lohan Tweeted a blogger yesterday confirming that she will, in fact, still release her much-delayed third album Spirit In The Dark. “I Definitely will be doing a 3rd album. I just want to make sure everything is in line to make it exactly the way i want it!” Reports surfaced last month that the 23-year-old had been dropped from her label, but were quickly denied by her camp. Lindsay has been working on-and-off on the album for the past 16 months, reportedly spending time in the studio with an all star cast including The Neptunes, Timbaland, Ne-Yo, JR Rotem, Stargate, Akon, Snoop Dogg, Bloodshy & Avant and more.