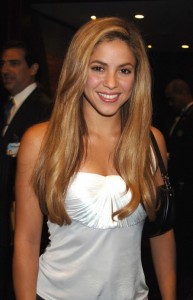 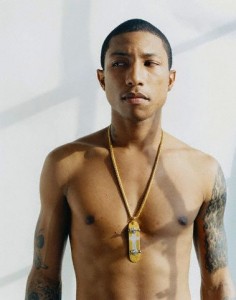 So its official, according to this Shakira, Pharrell told her that he really has a lil’ kid which is rumored to be called Rocket. Shakira has revealed that she can’t stop working. The ‘Did It Again‘ singer told the Los Angeles Times that she would only stop to have children. “I read once that Alexander The Great would’ve not been great, that great, if he would’ve not travelled with the historians who documented his multiple battles and his victories,” she said. “So documenting your work is important, making sure that the work, if it’s well done, if you put many hours and effort and energy into that, that it does its job, that it’s presented the right way.” Shakira added that her strong work ethic had sometimes been too much when she collaborated with Pharrell Williams.

“He would look at the watch every night at 11 o’clock,” she explained. “He would say, ‘Uh, Shak, I have a baby at home, I gotta go’. And I’m like, ‘What, are you kidding me? We just started like a few hours ago!’ “Well, now I can’t think of breaks. You know, all my energy is so adrenalised, I can’t think of anything else but putting together my next world tour, and the ideas are flowing and the wheels are in motion. I’m like a train who can’t stop right now. But I think that when it does stop, the next station will be baby station!” She added: “But I wouldn’t stop for long. I need to continue being creative. It’s my nature.”