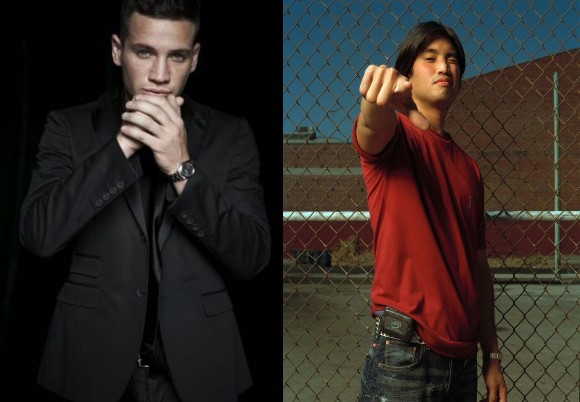 Christopher James Karyotakis, known professionally as Kaz James 27 is an Australian singer and DJ who was raised in Melbourne and is of Italian and Greek origin. James hit paydirt as one half of the Bodyrockers, whose 2005 single The Way You Move was a Top 5 hit in the UK and Australia, and earned a small fortune from use in ads and movies around the world. He’s since juggled DJ work with his solo career. James is knee deep in his second album, a record which he says is “more clubby” than his debut, which he plans to release in March. A hybrid of If They Knew and the new album will be released internationally. One big name confirmed for the record is Chad Hugo, half of production team The Neptunes with Pharrell Williams.

“We were in his studio in Virginia Beach where they did all the Justin Timberlake stuff,” James says. “You go in the studio and you don’t realise how many hit records they made. You just look around and think, `Wow! You made that record . . . and that record’.” James says Hugo is the “musical” side of The Neptunes‘ partnership. “He’s one of the most eccentric producers and musicians I’ve worked with. He really understands pop music. He’s super quick. “He likes being in the background and just making the record, that means a lot to him. He works really, really hard. He’s always in the studio. He’d never really done dance stuff, it was new to him. But he enjoys doing new stuff, so we met in the middle. He had a really open mind. I learnt a lot from him.” James has also worked with David Guetta’s offsider Joachim Garraud on the new album, which he’ll preview at his New Year’s Eve DJ Gig at Sensation. He released his first solo album, If They Knew, in 2008. Kaz James, Sensation, Etihad Stadium, New Year’s Eve.
$171.55 to $256.55