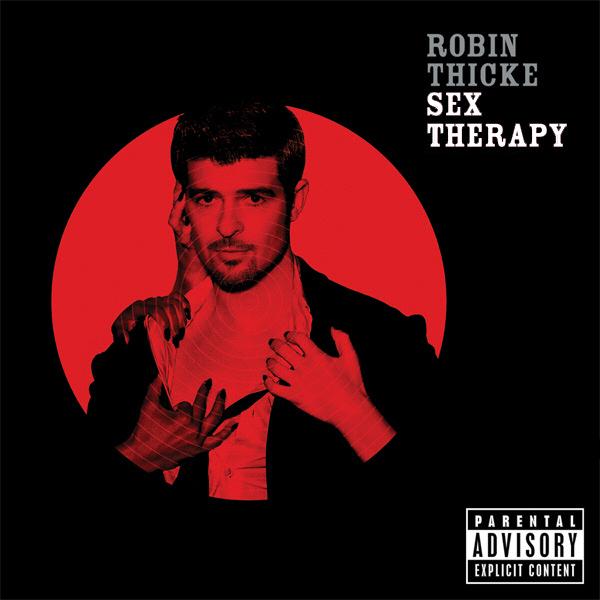 Robin Thicke stops by BET 106 & Park and performed his hit single “Sex Therapy” and “Shakin It 4 Daddy” live. His new album in stores tomorrow. Check out his performance with Nicki Minaj after the jump.

Sex Therapy is an evasive maneuver to prevent Robin Thicke from being pigeonholed as a “grown folks” R&B singer. It’s evident that hits — more specifically, appealing to younger listeners — is the goal. While Thicke’s previous album, Something Else, did well on the album charts, it maintained a classicist sound throughout, produced only one major single, and featured only one appearance from a guest MC. Sex Therapy, however, enlists Snoop Dogg, Jay-Z, the Game, Kid Cudi, and Nicki “Stick shift the ding-a-ling” Minaj — not to mention Estelle and Jazmine Sullivan, both of whom contribute excellent background vocals on their respective appearances. Thicke heightens the brashness downplayed on Something Else, best applied on the title track, where the cunning contrast between his masculine certitude and feather-light falsetto is in full effect.

That he does it while lifting the melody from “It’s My Party” — as a near-replication of the pulse from the Art of Noise’s “Moments In Love” drifts in the background — makes it all the more daring and remarkable. Sometimes the results are either dopey (if lighthearted), as on “Meiplé,” or humorously awkward, as on “Shakin’ It 4 Daddy,” where the oft-repeated hook “She shakin’ it for daddy, she shakin’ it for me” must make some listeners think of Thicke and his father instead of just Thicke. The album does not represent a total abandonment of the qualities that have connected with the singer’s adult fans. “Mrs. Sexy,” based on Eric B. & Rakim’s Al Green-sampling “Mahogany” (to the point where he does not bother to change a line that references his skin tone), is as buttery and elegant as anything he has recorded. On “Million Dolla Baby,” he takes his Marvin Gaye fixation another step forward, using “Trouble Man” as its backbone; even if it strikes you as corny, you have to admit that it is pretty slick. Above all, he continues to put one of the best voices in R&B to good use.