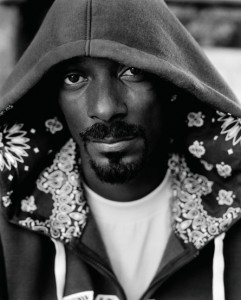 While ‘Malice‘ is some of the most ear-catchy Snoop Dogg in years, sporting collaborations with Lil John, The Dream and R. Kelly, the album debuted at a disappointing No.23 on the Billboard 200, Snoop’s lowest debut ever. It, however, remains in the Top Ten on Billboard’s Hip-Hop & R&B Albums Chart, and sits at No. 3 right behind Jay-Z’s ‘Blueprint 3’ on the Rap Album Chart. “I was like, dayum, I got to write another song about you. You on my mind on this album,” Snoop says of the second Shante-dedication, ‘Special.’ While not his first collaboration with Pharrell and “Skateboard P“s production team The Neptunes, ‘Special‘ marks his first collaboration with first cousin and R&B talent Brandy.

“To me, Pharrell‘s best gangsta record that he made for me was ‘Drop It Like It’s Hot,’ Snoop says, “I don’t miss when me and him make R&B records together. From ‘That Girl‘ to ‘Beautiful‘ to ‘Perfect,’ everything we do on the R&B tip sounds beautiful. I was like, ‘I want an R&B song because I need to maximize. I don’t need no hard song, I need something that feels good that people can play and hear over and over again.’ And that what that record is — it’s like a wedding song.”