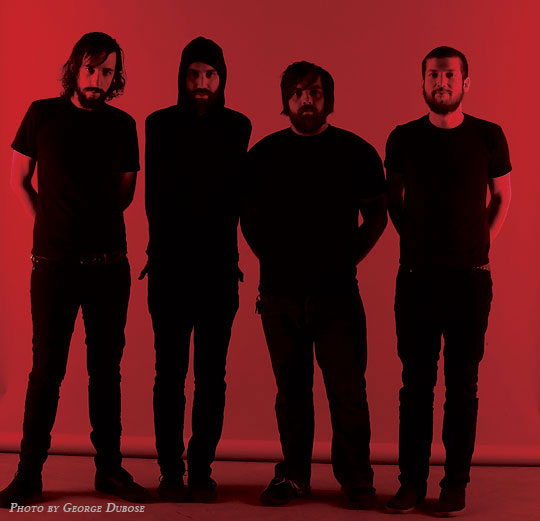 Junius, a group that struggles to even put their own sound into words, is not your ordinary band. The roots of their name go deep in philosophical thought from an anonymous political rebel who questioned the status quo. Their new album, ‘The Martyrdom Of A Catastrophist‘ chronicles the life of Immanuel Velikovsky, a Russian psychoanalyst scientist who had theories about the Earth’s past. They spent three years creating an album about a man who has a story to tell. Spinner.com caught up with frontman Joseph Martinez recently in anticipation of the group’s SXSW gig where they been asked about whats their musical guilty pleasure: