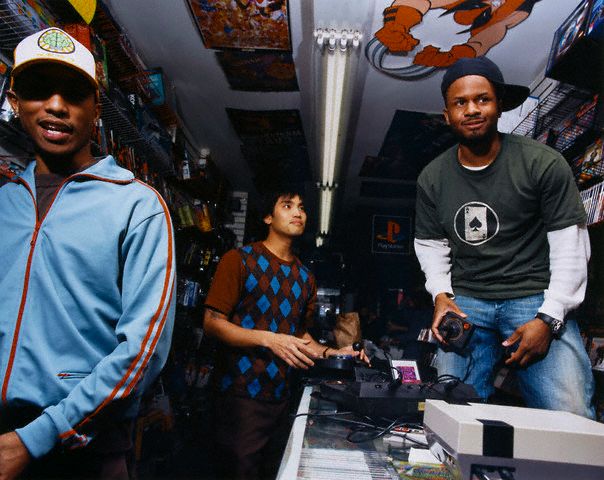 Hip-hop producers come and go, but only a handful of them stick around past their buzz to craft actual careers. Only the likes of Timbaland, Kanye West and the like have managed to transcend their initial craft and become multi-talented superstars, mostly by indulging in projects way outside the realm of commercial hip-hop. Such is the case with Pharrell Williams and Chad Hugo, known professionally as The Neptunes. At the beginning of the millennium, they were an unstoppable force on the radio, crafting funky, Prince-inspired, chart-crushing beats for the likes of Jay-Z (“I Just Wanna Luv U (Give It 2 Me)”), Nelly (“Hot in Herre”), Britney Spears (“I’m a Slave 4 U”) and Mystikal (“Shake Ya Ass”).

Flush with cash and looking to expand their horizons, Williams and Hugo formed N.E.R.D., a sort of funky alt-rock band who dropped their first album In Search Of… on this day in 2002. The album, full of hardcore twitches and stoned ballads, was originally released in 2001 with mostly electronic instrumentation, but the group decided to with a more “live” sound and re-recorded the entire thing. When it finally did hit stores, it got rave reviews and established Williams and Hugo as multi-talented musicians eager to stretch out. In Search Of… gave rise to some big hits for the group (including “Rock Star” and “Provider“) and subsequent N.E.R.D. albums have veered even deeper into prog rock and strange experiments. Still, the group will forever have a place with the immortals because of “Lapdance,” the raunchy, political, swaggerific first single.