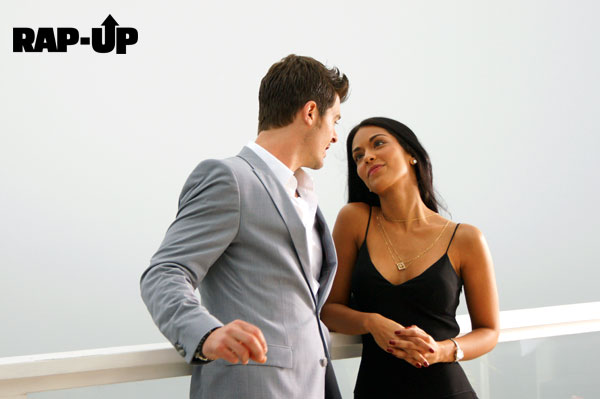 Rap-Up.com was on the set as an exhausted Robin Thicke, who flew in from touring with Alicia Keys the night before, settled in at a sprawling Malibu beachfront property, overlooking the Pacific Ocean, to shoot the Gil Green-directed video for “It’s In The Mornin’,” the second U.S. single from his Sex Therapy album. Not even chilly weather could cool off Colombian hottie Manuela Arbeláez of “The Price Is Right” fame, who played Thicke’s leading lady. The on-screen couple sexed up the kitchen, bathroom, and bedroom, but the lovemaking ceased as soon as the cameras were off. 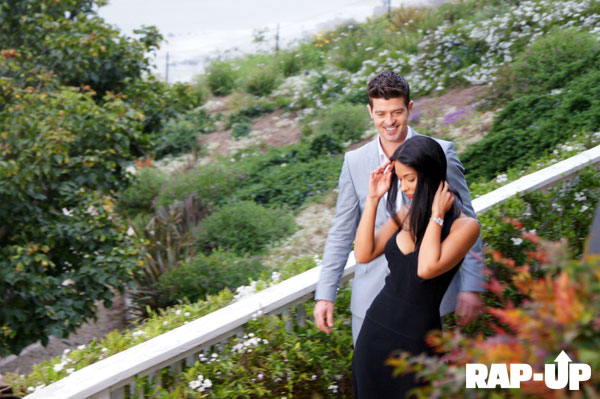 His real life partner, pregnant actress Paula Patton, was not far from her husband’s side. Snoop Dogg, who is featured on the Teddy Riley production, rolled to the set later in the evening to film his scenes in his own custom Cadillac, dubbed the Snoop DeVille, with Playboy Playmate Nicole Narain riding shotgun. For the final setup, the dapperly-dressed collaborators met up in front of a green screen while the waves crashed in the background.