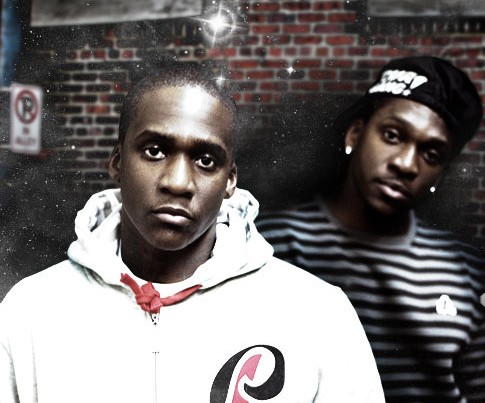 It was bound to happen sooner or later. With three albums together solidifying their status as a rap duo, Malice and Pusha T., collectively The Clipse, are now looking to branch out and create solo projects. During a recent performance the younger Thornton brother, Pusha, made the announcement of releases coming in 2010, which included another Re-Up project, Ab-Liva project and solo efforts from The Clipse. In terms of working titles and release dates for the upcoming work from Clipse and Re-Up Gang, the most that can be said is to expect to hear noise before the year is over. Check the video below. thanks to darrenlaking.