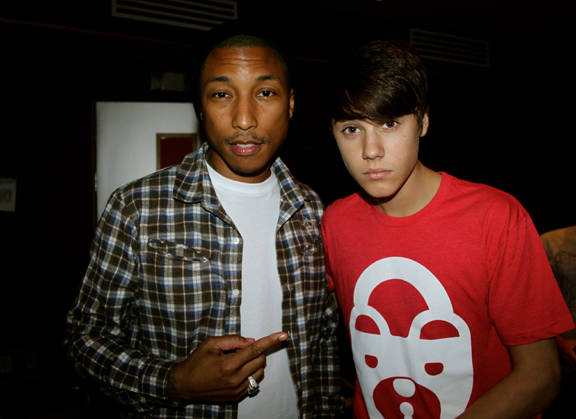 By Danielle Harling, Justin Bieber says he only raps for fun, plans on working with Drake, Pharrell Williams, and 40. With news of pop star Justin Bieber tapping into his inner rapper for his next single “Girlfriend” on top of the singer freestyling on various radio shows there’s been lots of talk about Bieber as a rapper. But in a feature in Complex Magazine the singer cleared up the rap rumors explaining that he does it merely “for fun.” “I just rap for fun. It’s nothing to take seriously,” Bieber explained to Complex. “On my new album, I’m going to do a little bit of rapping.” While Bieber may only rap for fun he still has plans on working with several Hip Hop artists in the studio including producer Pharrell Williams and rapper Drake.

“We’re talking to Benny Blanco, Bei Maejor, Mike Posner. We’re going to work with Pharrell…and Bruno Mars. He’s going in with Drake and 40 next week,” said Bieber’s manager Scooter Braun. Braun also explained that Bieber pits himself against the late singer Michael Jackson when it comes to setting the bar. “He’s competitive with Michael Jackson. When he looks at who he should chase and who’s setting the bar, we only talk about Michael Jackson. We talk about Michael probably every other day,” Braun revealed. The interview with Bieber will be featured in the April/May 2012 issue of Complex.