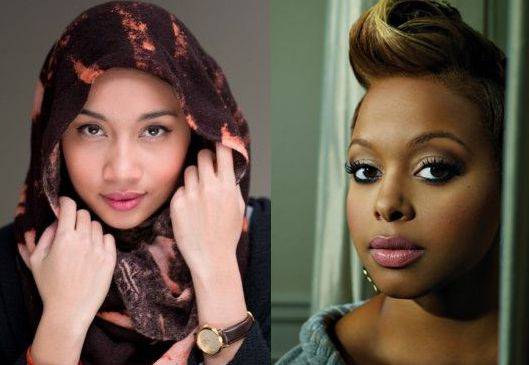 Allmusic.com reviewed Yuna’s debut album with all three picks from Pharrell Williams. The Malaysian singer has just released her debut album and we’re patiently waiting for the critics and reviews that will get her for the album, and Tim Sendra from Allmusic.com gave it a 3/5 stars although he has given three picks of all Pharrell tunes from the album, and while rewieving ‘See You Go’, Tim also revealed that its a former Chrisette Michele tune. That could be true because The Neptunes have been in the studio with Chrisette Michele back in 2010 for her third studio album ‘Let Freedom Reign’ where they did one tune called ‘Dancing Shoes’ but they never mentioned another tune such as ‘See My Name’ or ‘See You Go’, anyways check out the complete review below. Yuna’s debut album is on iTunes and in Stores now.

‘Seeing that Malaysian singer/songwriter Yuna’s debut album is released by the Fader label, you may get the impression that the music is as forward-thinking as the magazine and website usually are. You’d be wrong for the most part, as Yuna falls almost totally in step with the wave of singer/songwriters making quietly confessional folk-pop that surrounds the vocals with polite and gentle arrangements that wouldn’t sound out of place in a coffee shop or on the radio. Her songs are sweetly melancholy, the vocals are pleasantly sweet and sincere, and the overall feeling is innocently sweet and nice. Most of the album is the kind of background music that won’t disturb you as you work through a crossword puzzle, as she sings of slightly broken hearts and missed connections in a way that is sad but not too blue.

The only moments that truly stand out are the three songs produced by Pharrell Williams. They aren’t club tracks by any means, but he does inject a little bit of excitement into the sound. The little things he adds to the mix, like the horn drops in “Bad Idea,” the vocal harmonies and strings on “See My Name” (which also benefits from writing input from Chrisette Michele), and the smooth, cosmopolitan bounce of the album’s stand-out song, “Live Your Life,” really make a difference and help take the songs from the background to somewhere closer to the foreground. It’s an approach Yuna would be wise to use on future recordings, because as nice as the rest of the album can be, it really takes off when she steps out of the coffee shop and hits the city streets.’