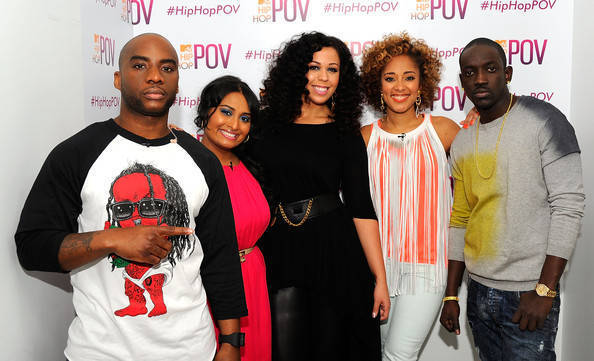 Here is the 5th episode of MTV’s new series Hip Hop POV, hosted by Amanda Seales, Bu Thiam, Charlamagne Tha God, Devi Dev and Sowmya Krishnamurthy where Pharrell also nabbed airtime in an interview with Sowmya Krishnamurthy, in which he spoke on forthcoming collaborations (material with Wiz Khalifa, Mac Miller, DJ Khaled, Lil’ Wayne and Usher are in the works) and his new artists Maxine Ashley and Leah LaBelle (the latter with whom Sowmya caught up with too, alongside P and Jermaine Dupri), watch at 8:00 on this link! Thanks to BlueSky2308.